I’ve always loved Black Mirror and have previously posted about seasons one and two; this time what I’m posting about is each episode, in order of best to worst, with a synopsis and thoughts on each. Let me know if you agree.

The Episodes: From Best to Worst 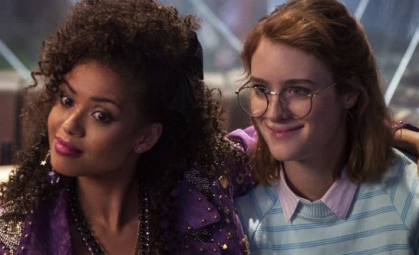 Two girls (Kelly and Yorkie) meet at a club in San Junipero. They form an unlikely bond and end up with feelings neither tourist expected. But of course, all is not as it seems. Yorkie sets out to find Kelly again but she has trouble seeing her at the same time the next week, in the same club, so a friend advises her: try a different year. So Yorkie goes looking for Kelly in various decades and ends up finding her in the early 2000’s. Slowly, the truth about the girls’ time-travel is revealed. Back in present day the ladies are old and near death – a new device allows them to become young again, in the imaginary land of San Junipero, for 5 hours at a time. Kelly ends up visiting Yorkie in the present day and discovers that she is dying and wishes to be eutahnised and to spend eternity in the virtual world, which she does after she and Kelly marry. It ends bitter-sweetly, with Kelly joining Yorkie for an eternity in the idlic San Junipero, implying that she died in reality.

Why does Episode Four deserve the top spot? The reason ties into how I felt about the whole series. Season Three is not just a comment on the effects of technology and social media but also explores humanity in its entirety. Episode Four is a time-travel-sci-fi-romance that hits you so hard with real emotion. The way that the sci-fi is drip-fed and the subtlety of the romantic element is what earned San Junipero the number one, for me. 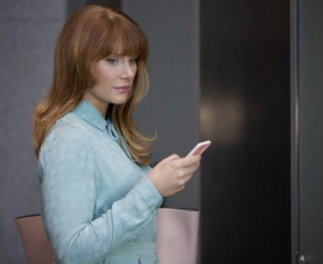 Lacie is trapped by her desire to be accepted into an increasingly fake world. In this world each person is rated from 1 to 5. Lacie is hovering around a 4.2. Her need to be accepted drives her to seek out her old childhood friend, who made her miserable throughout her childhood and teenage years. This friend is a high 4.8 and re-connecting with her will boost the woman’s rating, making her more popular and more likely to get the house, the life, she desires. Lacie’s old bff invites her to be maid of honour at her wedding and Lacie accepts, knowing this will boost her score. However, her journey doesn’t go to plan, after her flight is cancelled she tries to make it to the wedding another way but keeps getting scored negatively. By the time she gets to the wedding she is a low 1 and no one is impressed when she gives an honest speech about her “friend”, even after she was un-invited. She ends up locked in a cell, opposite a man who has also been imprisoned, they yell and swear at each other, feeling the relief of honesty.

Episode One, more than any of the others, felt like, to me, classic Black Mirror. It was that bright, bold, shiny feeling that everything is just dandy, until everything isn’t any more. Mostly, it made me feel totally shit about indulging in social media. Having only gotten Facebook in the last month or so, it struck me how I, even though I told myself I wouldn’t, have become one of those people who need validation, it is such an easy trap to fall in, when it’s happening all around you.

Episode Three: Shut Up and Dance

At first, I wasn’t overly keen on this episode, but it grew on me fast, especially towards the end. The way that Kenny, Hector and the others were willing to do anything to save themselves from public embarrassment and private shame is probably true of most people. How many things do we do that we hope no one else will find out about? How far would we go to keep those things secret? Hysteria takes you over and you keep thinking it will be over soon, but it snowballs. This is another story that isn’t just about the dangers of what you do on the internet not being private but also about how humans will do almost anything to preserve an outward appearance of normality.

Episode Six: Hated in the Nation

DCI Karin Parke is testifying at a tribunal about a case she and her new partner, Blue, worked on together. The case was one of social media hysteria. The ominous hastag #DeathTo seemed to be leading to deaths, first that of a much hated journalist, then to a rap star with an attitude and on it goes: whoever has the most #DeathTo votes on twitter by the end of the day, dies. However, there’s something more going on. The way that the killer is doing it is via ADIs (automatic drone insects) that use facial recognition (software insisted upon by the government) to lock down their targets. With the help of computer whizzkid Blue, Karin discovers the man behind the insect hack, but it’s too late, his real target is locked. Instead of the bees going for the top of the list (the Chancellor) the man targets every person that has used the hashtag #DeathTo and there is a massive death toll. It is assumed by the court that Blue, who is not there to testify, has killed herself, but it is revealed that she is actually hunting the man who did this and has finally found his whereabouts.

This episode is the longest of the series, a bit like a BBC TV movie and that, at times, was how it felt. However, I did love the ending. The deaths of the journalist and others who were targeted by the hashtag was enough to convince the public at large that they were safe from the swam, but they were mistaken. The swam can turn on anyone and if you engage in hateful cyber activities you’re just as bad as those you’re targeting.

Stripe is a solider. He is strong and serious. He dreams of a beautiful woman at night and trains hard during the day. The deadliest of enemies are the Roaches, who the soldiers are hunting. Roaches appear to be zombie-esque monsters with whitened skin and sharp teeth, praying on humans. On his first trip out, Stripe kills two Roaches, which earns him respect and at first, he feels good. Then, he begins to feel unwell, he has a headache and is unable to focus, he visits a doctor and a specialist by the name of Arquette. Arquette gives him a good night’s sleep and sends him back on duty. During their next trip out the squad leader is shot dead by Roaches so Stripe and Ray, a tough female Solider, set out to avenge her. However, when Stripe comes across those who shot their leader, it turns out that they are not these creatures that Stripe has seen before, but humans, from a bloodline that the government decided they wanted to eliminate. Stripe tries to save the humans from Ray, who can only see them in their Roach form, but ends up passing out en route. Stripe awakes to find Arquette with him in a white room, who explains that Stripe’s chip (MASS) is defective and that is why he is seeing the Roaches as they really are. The Army has been controlling what Stripe sees, and can do so forever more, unless he chooses to forget what he knows and reset the chip. The last scene shows a newly chipped Stripe arriving at a house in his dress uniform to find the beautiful woman waiting for him.

I liked the connotations of this episode more than the actual content. The way that people are brainwashed into thinking that those they are fighting is real and it’s serious. The way that Stripe and the other soldiers viewed their “enemy” is the way some of the world are viewing Syrian refugees (for example), as a threat, as a lesser human being, as something to eliminate and not protect. However, Stripe’s decision to choose a life of ignorance over letting the Army dictate what he sees (and thereby playing back to him that he has, in fact, killed human beings) is the interesting part. Would any of us choose differently? Could we live knowing that the world is being lied to and we can’t do anything to stop it? In fact, how do we know that it’s not happening right now? 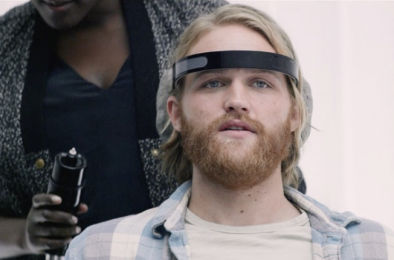 Cooper, a young american man is travelling and ends up in England, where he intends to finish his journey. He meets a beautiful english girl on a dating app and they spend the night together. The next morning Cooper checks his bank account to find that he is penniless. He contemplates calling his mother, who has been trying to reach him constantly, but instead returns to the girl’s apartment. He logs onto an ‘odd jobs’ app where he and the girl find an advert for a games tester. The man goes to the address and finds himself thrilled by the realism of the virtual reality game, he agrees to take part in the trial. However, the virtual reality turns very real and some of his biggest fears are realised. He wants out of the game but as he tries to stop it, the virtual reality world turns out to be a reality inside a different reality in which he was never put in the trial: the chip that was put in him originally malfunctioned because of a call from his mother. Cooper then dies having never spoken to his mother.

This one comes bottom of the list because, even though the ending was great, I don’t feel like they hit the nail totally on the head here. I liked the reality within a reality within a reality story, but the character of Cooper wasn’t developed enough for me to care very much about his death and his relationship with his mother wasn’t discussed enough for me to feel anything towards the fact she won’t see him again either. What was interesting was the idea that the call from Cooper’s mother was the thing that ultimately killed him. Is this a comment on how technology is suffocating because it means people can keep in touch with you whenever and wherever they like? Did Cooper’s refusal to call his mother and ask for help in the first instance mean that he died?

Over all, I loved this series of Black Mirror and I would urge anyone who asked to watch all the episodes. In fact, I think the order was actually good, it mixed up the heart stopping episodes with the ones that were just a little uneasy. Another double thumbs up for Brooker.